The 10 best universities in the USA

Every year, the British company Quacquarelli Symonds analyzes the best universities in the USA and around the world, compiling a ranking of colleges. According to the QS World University Rankings 2022, the Massachusetts Institute of Technology is in the top spot! But other universities also demonstrate America's educational excellence: 12 of the top 25 universities worldwide are located in the United States.

Are you dreaming of an exchange with the brightest minds in America while studying at a renowned US college? We give you an overview of the 10 best universities in the USA. 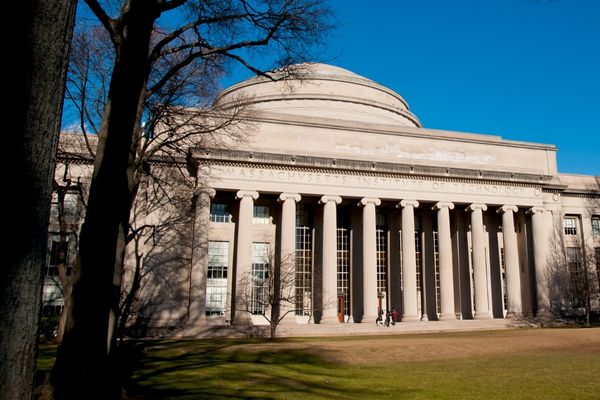 Number one in the USA, number one in the world: the Massachusetts Institute of Technology (MIT) in Cambridge leads the QS World University Ranking 2022. When it was founded in 1861, the technical university near Boston was still a small community of science enthusiasts who wanted to improve the world with their research. Meanwhile, the university has grown into a true educational giant.

The Massachusetts Institute of Technology is a leader in research on artificial intelligence and climate phenomena, as well as the fight against HIV and cancer. MIT students are integrated into research activities early in their studies and are highly sought after in the job market. Although MIT's focus remains on science and engineering, it also offers degree programs in humanities and social sciences, architecture, management, and economics.

The majority of students live in the student dorms on the MIT campus, which stretches along the Charles River basin. Art and culture are omnipresent on campus. There are 12 museums and galleries, a symphony orchestra, and several choirs. MIT students are also top-notch when it comes to sports. About 20 % of them are members of a team called the "MIT Engineers," who are active in 33 different sports. 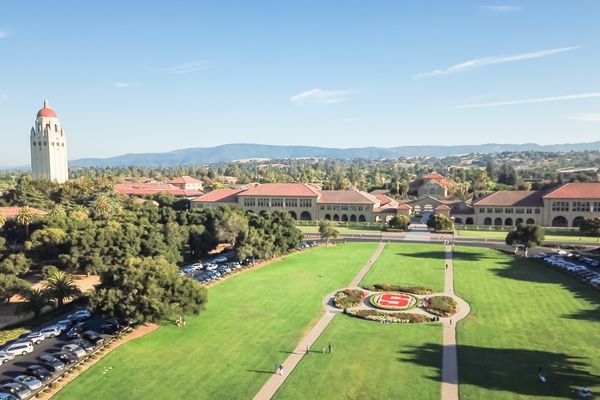 The campus of Stanford University is located in sunny California, about 60 km from San Francisco. The university is also extremely strong in research and particularly shines with its courses in the fields of high-tech and IT. Stanford has more winners of the Turing Award ("Nobel Prize for information technology") than any other university in the world.

Stanford graduates have played a significant role in the economic rise of nearby Silicon Valley, which is home to many major technology companies. Still, Stanford University maintains close ties with companies in Silicon Valley and throughout the entire Bay Area. Furthermore, the Stanford University Board of Trustees even supports and encourages promising students and graduates to start their own businesses.

Life on the Stanford campus offers plenty of cultural variety. It is the setting for the well-known art museum "Iris & B. Gerald Cantor Center for Visual Arts," several sculptures by French sculptor Auguste Rodin, and the 360° concert hall "Bing Concert Hall," which is known for its excellent acoustics. Students benefit from more than 100 music, dance, and theater events each year.

Of course, sports are not overlooked at Stanford. Traditionally, the football team "Stanford Cardinals" enjoys particularly great interest. Stanford Stadium, which belongs to the university, has already hosted the Super Bowl and, since its renovation in 2006, provides space for 50,000 American Football fans. 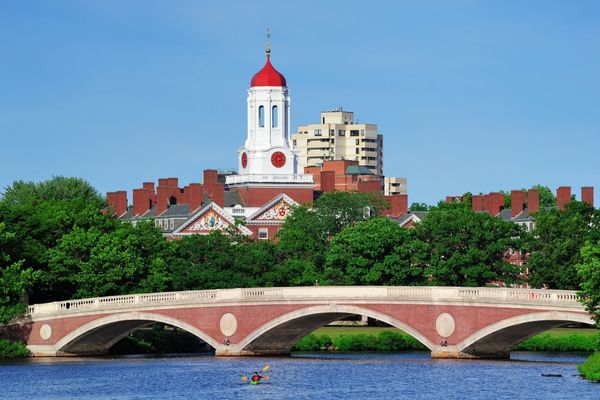 Eight US presidents, countless other political decision-makers, Supreme Court justices, corporate CEOs, and influential people from the worlds of science and culture: the long list of famous Harvard graduates reads like a "Who's Who" of the American elite!

In its long history, the renowned university in Cambridge near Boston has not only educated some of the most famous Americans but also collected quite a few records. Founded in 1636, Harvard University is the oldest institution of higher education in the United States, and Harvard's library was the first in the country.

A full 161 Nobel Prize winners studied, researched, or taught in the characteristic brick buildings of Harvard University, which therefore leads not only the American but also the global ranking. Like most American universities, Harvard is divided into several economically independent institutions. Studies are offered in a wide variety of disciplines - from law, politics, and economics to medicine, the natural sciences, languages, and the arts.

As one of the eight elite universities of the Ivy League, Harvard is also one of the most competitive universities in the field of sports. “Harvard Crimson” teams have won national titles in American Football, golf, soccer, ice hockey, and lacrosse.

Studying in the USA is not a bargain. However, the amount of tuition fees depends not only on the type of university but also on whether you are enrolled as an out-of-state or in-state student. As a Green Card holder, you are not only allowed to live and study in the USA indefinitely, but you also have an advantageous in-state status, which can save you up to 80 % on tuition fees!

Every year, the US government gives away 55,000 of the popular Green Cards to America lovers from all over the world through the Green Card Lottery.

Learn everything about the Green Card Lottery

About The American Dream 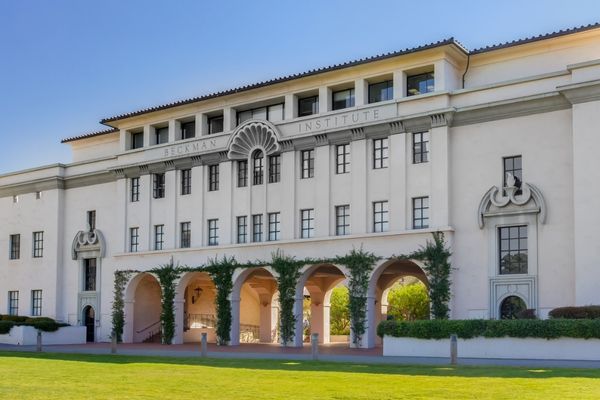 With only 2,400 students, the California Institute of Technology, or in short Caltech, is extremely small compared to its big rival MIT. But research at the technical university in Pasadena is academically highly productive. Around 300 professors provide intensive support for students, who are mainly in postgraduate studies.

The California Institute of Technology prioritizes courses in the natural sciences of biology, physics, and chemistry, as well as engineering and medicine. Caltech is also known for its achievements in space exploration. For example, the university houses the Jet Propulsion Laboratory, where space probes from NASA are monitored.

The Caltech campus is located in close proximity to Old Town Pasadena and the lively Pasadena Playhouse District. Also, there is no shortage of recreational activities and events on the campus itself. Music, theater, and fine arts are as much a part of students' daily lives as the 13 competitive sports in which the "Caltech Beavers" teams compete. 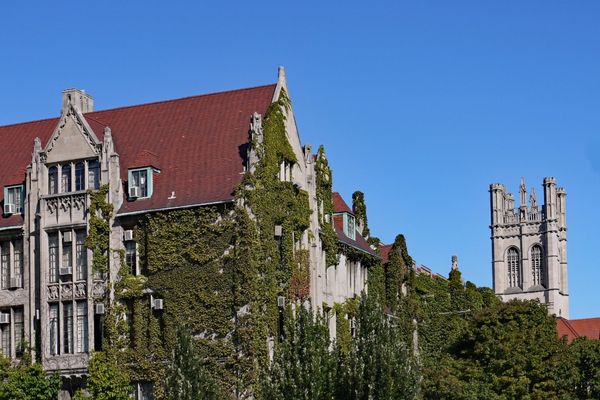 Geographically largely isolated from the renowned universities on the East Coast, the University of Chicago has established itself as one of the best universities in the USA. Over the years, its research has consistently differentiated and distinguished itself from Ivy League universities through individual approaches.

Chicago University enjoys an excellent reputation, especially in the fields of economics, sociology, law, and literature. Furthermore, the university is characterized by great internationality, as 25 % of the students come from abroad.

The Chicago campus offers a colorful mix of over 400 associations in sports, arts, culture, and religion. Most famous are the student film society "Doc Films" and the bowling team, which has won numerous national championships. The sports teams of the University of Chicago are called "Maroons." 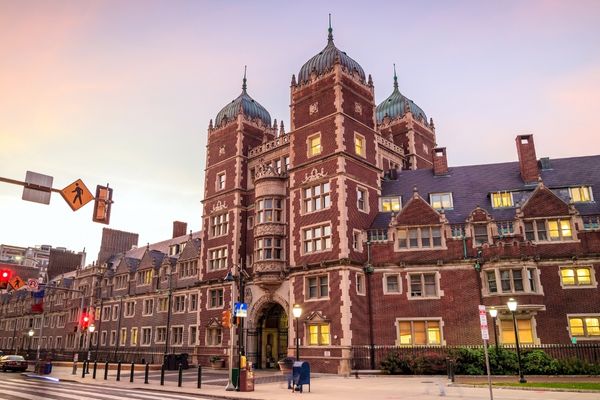 The University of Pennsylvania, also known as Penn or UPenn, was founded in 1740 by none other than Benjamin Franklin. His goal was to ensure the education of future generations in the arts, sciences as well as in practical skills.

Today, UPenn still maintains a strong focus on interdisciplinary learning and stands out from other universities by offering many unique courses, dual degree programs, and a high level of academic flexibility. UPenn even provides online study programs through the Penn State World Campus.

The University of Pennsylvania proudly claims that an above-average number of its graduates hold positions as CEOs or executives in Fortune 500 companies. Thanks to the variety of opportunities and good career prospects, UPenn is highly sought after among college applicants, and there is extremely fierce competition for admission.

Those who make it to college get to call the University Park campus in West Philadelphia their new home, where most of UPenn's research institutes are located. Students have access to several cultural centers, museums, restaurants, bars, and even a movie theater. The "Penn Quakers" teams compete in 33 sports, including fencing, basketball, lacrosse, and rowing. 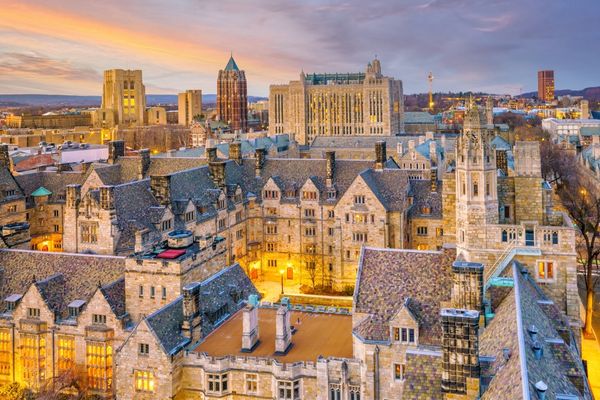 If you get accepted at Yale University, you're in for a great career. Yales's graduates include five US presidents, 19 Supreme Court justices, and numerous foreign heads of state. Samuel F. B. Morse, the inventor of the Morse code, former First Lady and Secretary of State Hillary Clinton, and current Secretary of the Treasury Janet Yellen, also graduated from Yale.

The university is world-famous for its renowned Yale Law School, which is considered the most selective law faculty in the United States. Equally outstanding is the library system of the Yale University Library, which today comprises nearly 15 million volumes distributed over 15 university buildings.

Picturesque New Haven offers students the perfect balance to everyday college life. The city and the Yale campus are filled with museums, galleries, and public art. In addition, there are the Yale Cabaret, the student-run theater-restaurant, and top-notch sports programs, including tennis, polo, sailing, and more. Teams from the "Yale Bulldogs" have won national championships in golf, swimming, and fencing. 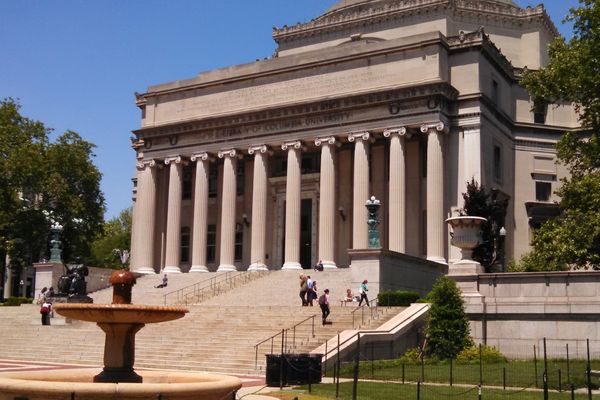 Columbia University, the oldest institution of higher learning in New York City, is the largest of the Ivy League universities, enrolling about 31,500 students. It was founded in 1754 by Britain's King George II under the name "King's College" in the middle of Manhattan. Today, Columbia's main campus is located in the Morningside Heights neighborhood. Architectural highlights on the grounds include Butler Library, Low Memorial Library, and St. Paul's Chapel, as well as the famous bronze statue of the Alma Mater.

From languages to natural sciences, the New York college is distinguished by a wide range of degree programs and research projects. For example, the only journalism faculty within the Ivy League opened at Columbia in 1912. Each year, Columbia University awards the Pulitzer Prize and the Dupont Award. In the 1940s, research into nuclear power was the focus of Columbia University, where the first nuclear fission of uranium was carried out. 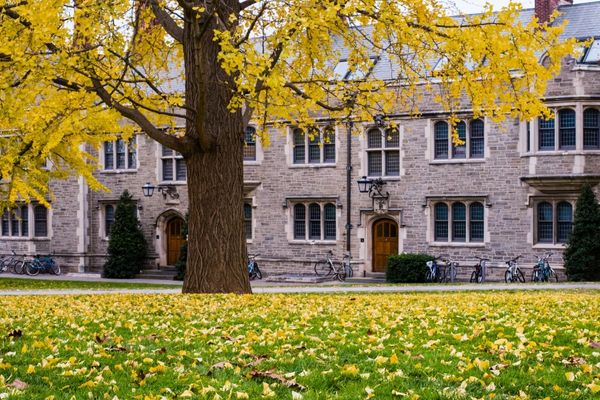 Just a few miles from New York City, the quiet little town of Princeton is filled with the ivy-covered historic faculty buildings of America's fourth-oldest university. Princeton University is best known today as the academic haven of Albert Einstein, who researched and taught here at the Institute for Advanced Study (IAS).

Princeton's educational focus is on the social sciences, the humanities, the natural sciences, and engineering. The university is also famous for beautiful green spaces, an abundance of neo-Gothic style buildings, and the Lewis Library designed by star architect Frank Gehry. Convenient: The "Dinky Shuttle" shuttle trains run between Princeton, Philadelphia and New York City every hour.

At Princeton University, students benefit from a vibrant campus community and a variety of academic, social, and cultural programs. Opportunities to get involved while studying are many and diverse, ranging from writing literary publications to beekeeping to singing in the a capella choir. In terms of sports, the consistently strong lacrosse teams of the "Princeton Tigers" are a major highlight. 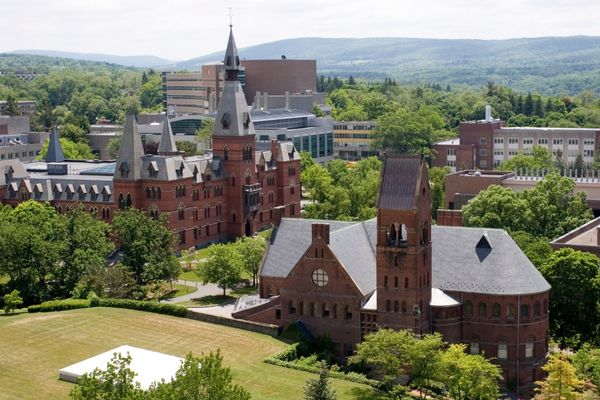 In the heart of the idyllic Finger Lakes region in New York State stretches the campus of Cornell University. Here, co-founder Ezra Cornell wanted to establish a university in which "every person can be taught every subject." Accordingly, the subjects of study offered at Cornell University are diverse. The university has always been open to students of all backgrounds and interested in new disciplines. For example, Cornell was the first American college to teach modern Far Eastern languages.

Student life can be enjoyed at Cornell University! Not only does the main campus on East Hill in Ithaca offer a magnificent view of the entire city and Cayuga Lake, the surrounding region is also filled with natural beauty. Lakes, green spaces, and forests invite you to sail, hike, and relax. There are also numerous cafes, restaurants, bars, and more on and around the Cornell campus.

Would you like to learn even more about outstanding achievements and records in America? Follow us to the 10 most livable cities or the 10 tallest buildings in the USA!