10 completely useless facts about the USA

If you already know everything about the USA, you're smarter than most people. However, let's be honest: you only score points in conversations with useless fun facts! Here are our top 10 fun facts about the USA!

"Lady Liberty" is the most famous icon in the United States and creates a lot of excitement. However, we don't care about the usual questions like: "why is she green," or "why does her crown have seven prongs" as soon as we find out her shoe size! 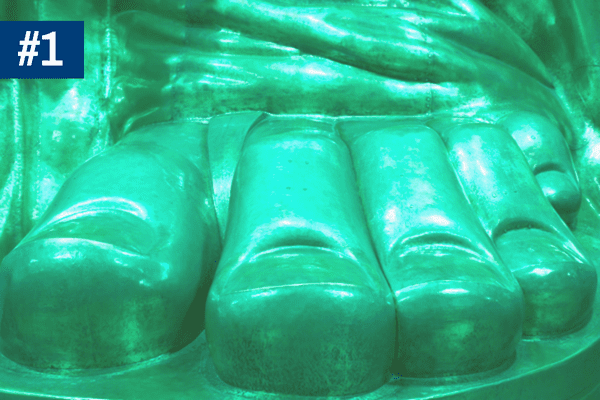 #2. The US national anthem was a British drinking song

Just like the US flag, the national anthem of the United States is called the "Star-Spangled Banner." The legendary tune causes goosebumps around the world, but before its "promotion" to the US anthem, it was actually a drinking song!

The title "To Anacreon in Heaven" is 230 years old and was composed by the Briton John Stafford Smith for a London gentlemen's club. The template for the US national anthem is a hymn of praise to wisdom, harmony, and the "God of Wine." Well then: Cheers, USA!

#3. The Green Card was also available in yellow, pink, and blue

The Green Card is the most desired document in the world because it gives its holder an unrestricted residence and work permit for the USA. The name says it all: the Green Card is, of course, green. But that was not always the case. 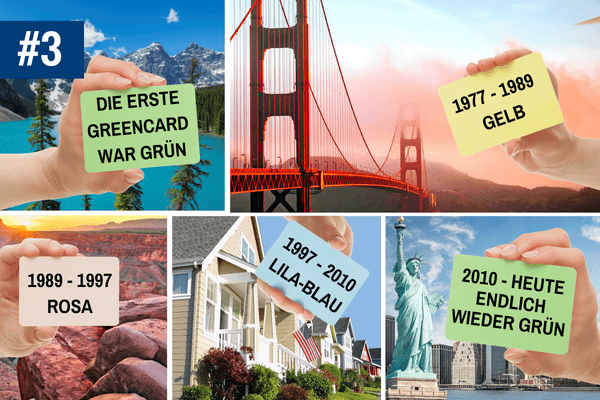 As early as in the 1960s, the first Green Cards were tested in various shades of blue before the US immigrant visa turned yellow for many years, starting in 1977. This was followed by a pink phase and another blue phase until 2010 when the US government decided to produce the Green Card in green again.

Why was the color of the Green Card changed so often? It was to help immigration officials to better distinguish real from fake and new from expired Green Cards.

With security features such as fingerprints, watermarks, and photos improving according to strict guidelines, the Green Card was finally allowed to be green again. By the way, the easiest way for you to get the US immigrant visa is through the US government's annual Green Card Lottery.

You can now sign up for the US government's Green Card Lottery again!

With a Green Card, you can live and work in the US indefinitely. If you apply via The American Dream, you will benefit from the following advantages:

Sign up today for your chance to win one of 55,000 immigrant visas to the USA!

→ Apply for a Green Card now

About The American Dream

#4. The US flag was designed by a student.

The United States flag has a legendary design that is even popular in the fashion industry and with interior designers around the world. But did you know that we have a 17-year-old to thank for the Stars and Stripes' current look? 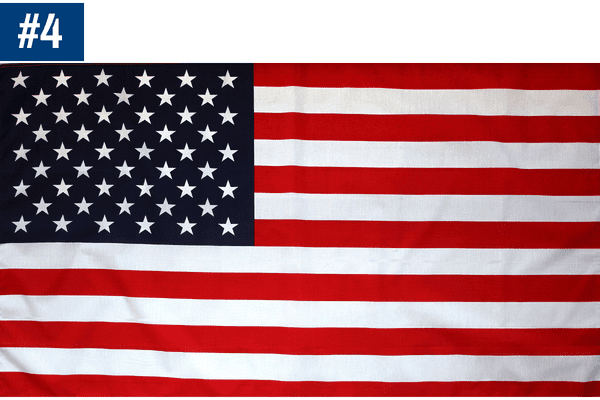 In 1959, Robert G. Heft was a high school student in Ohio. The official "Star-Spangled Banner" still had 48 stars because Alaska had only recently become part of the United States and the addition of Hawaii was still in the future.

As an assignment for his American history class, 17-year-old Robert decided to design a new United States flag with 50 stars, which he cut out of mending cloth, ironed onto a rectangle of blue fabric, and attached to the stripes of a flag that belonged to his grandparents.

His teacher initially gave him a B-minus but had to revise that grade to an A after Robert's flag was selected as the new design by US President Dwight D. Eisenhower from more than 1,500 proposals sent in.

#5. 9.7 million Americans buy gifts for their pets on Valentine's Day

As is often the case, Americans are stepping it up a notch on Valentine's Day. According to a study by the National Retail Federation, Americans spend an average of $ 12.21 on pet-related Valentine's gifts. 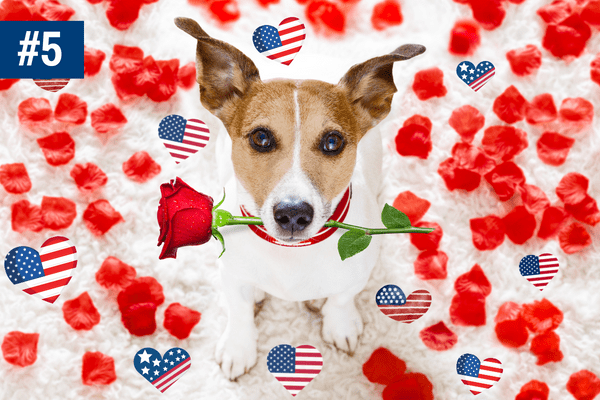 Out of the grand total of an unfathomable $ 1.189 trillion for American pet gifts, it can be calculated that approximately 9.7 million Americans buy Valentine's Day presents for their animal friends! Among the most popular gifts are treats, toys, and cuddle beds.

#6. There is a village in Nebraska with only one inhabitant

The community of Monowi, Nebraska, is officially home to only one person. Elsie Eiler is the mayor and librarian of the village and also runs a tavern, the Monowi Tavern. 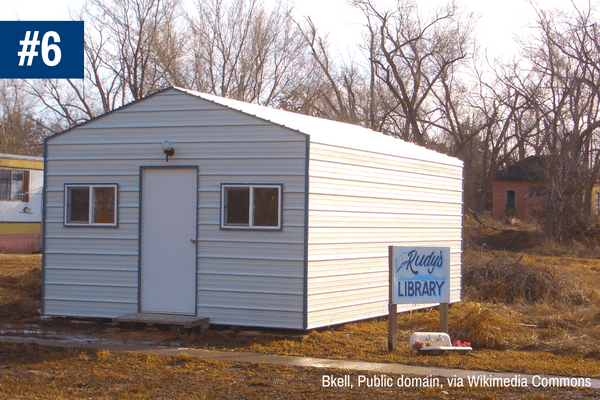 Monowi experienced its heyday in the 1930s with 150 residents. Like many other small communities in the Midwest, however, it lost its younger residents to towns that offered better jobs.

In the 2000 census, the village still had a total of two residents, Elsie and her husband, Rudy. Rudy died in 2004, though, leaving his wife as the only citizen.

#7. There is no official language in the USA

The United States of America is the country of immigrants par excellence and, therefore, also a melting pot of cultures. So be prepared to encounter more than 350 languages on your next trip to the USA because although many people here communicate with each other in English, the language has never been declared an official language. 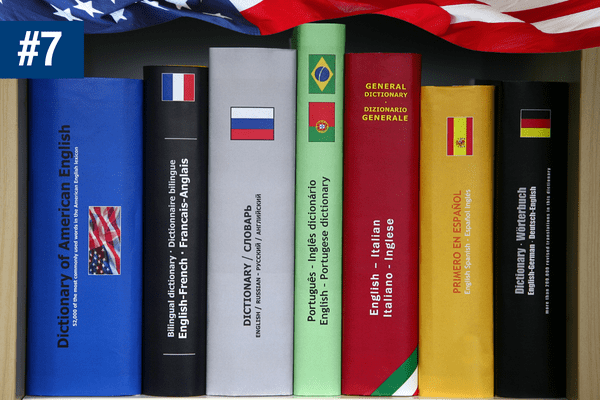 Second to English in terms of US languages is Spanish, which is especially useful in states such as Florida, California, New Mexico, and Arizona.

#8. Arizona and Hawaii do not set Daylight Saving Time 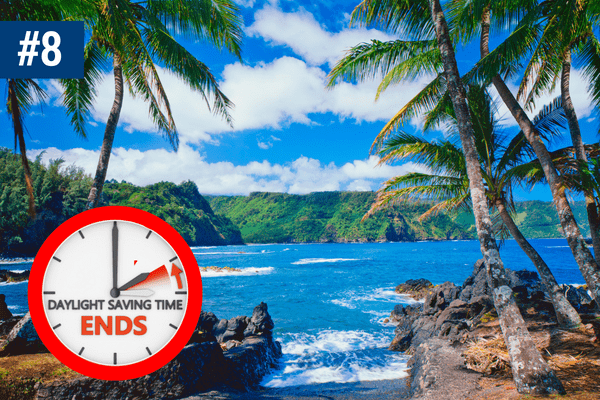 US states without official daylight saving time include Hawaii and most of Arizona. The latter is also a real special case because the Navajo Nation Reservation in northeastern Arizona switches to Daylight Saving Time every year, although the rest of the state simply ignores it.

#9. Philadelphia used to be the capital of the USA

Until 1800, the capital of the United States was not Washington, D.C., but Philadelphia, Pennsylvania. But actually, "Philly" was not the only one because, between 1774 and 1789, several other cities were allowed to call themselves the capital of the USA for a time. 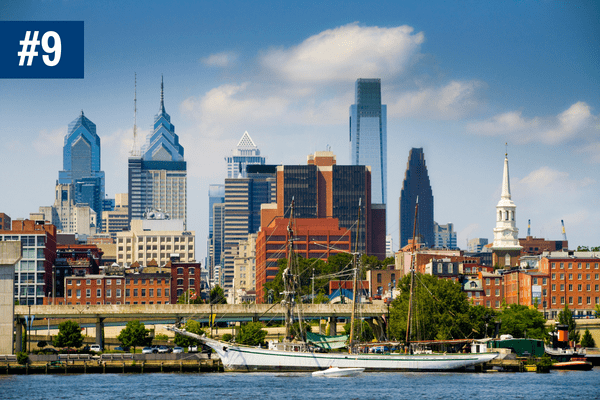 Among the capitals of the United States, besides Washington, D.C., were:

From 1861 to 1865, there were also three capitals of the Confederate States of America: Montgomery (Alabama), Richmond (Virginia), and Danville (Virginia).

#10. No one knows where the original Declaration of Independence is

At the National Archives in Washington, D.C., there is a copy of the engrossed and signed Declaration of Independence of the United States. However, this copy was only produced and signed a few weeks after the Declaration was first published. 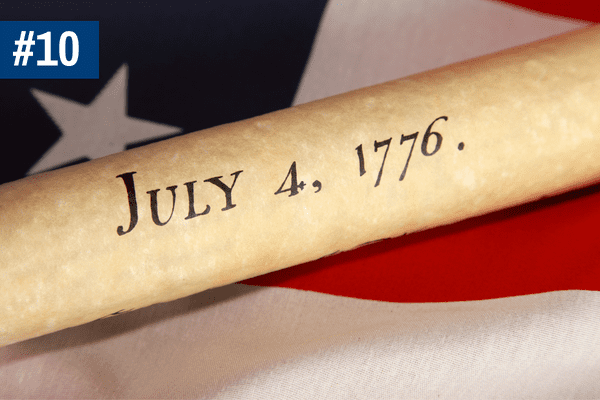 US President Thomas Jefferson, principal author of the American Declaration of Independence, himself kept only one copy, which he referred to late in his life as the "original rough draft." However, it is not known how many drafts he had written prior to this copy.

Of the estimated 200 copies of the first printing of the Declaration of Independence, there are 26 known copies in the world today.

Fancy more top 10 lists around the USA? You will find them here: