Memorial Day in the USA

Memorial Day is a US holiday celebrated every year on the last Monday in May in honor of soldiers who died in service to their country. We explain everything about the origin and traditions of the American day of remembrance.

The origin of Memorial Day

Memorial Day originated in the years following the American Civil War. The war from 1861 to 1865 was the bloodiest one in US history. Some 620,000 Americans lost their lives on the battlefield – more than in World War II. As a result, the first national cemeteries were established after the Civil War to provide proper burials for fallen soldiers.

At first, Memorial Day was known as "Decoration Day." The name was introduced by General John A. Logan, who led a veterans' organization called the Grand Army of the Republic. In 1868, Logan called for a national Memorial Day to be created on May 30th for soldiers who died in the Civil War. On Decoration Day, the graves of the fallen were to be decorated with flowers.

The first Decoration Day was held at Arlington National Cemetery on May 30th, 1948. Future US President James Abram Garfield, who had served as a Union major general in the Civil War and was then a congressman from Ohio, delivered an address. It was followed by an audience of 5,000 who afterwards decorated the graves of 20,000 soldiers with flowers. 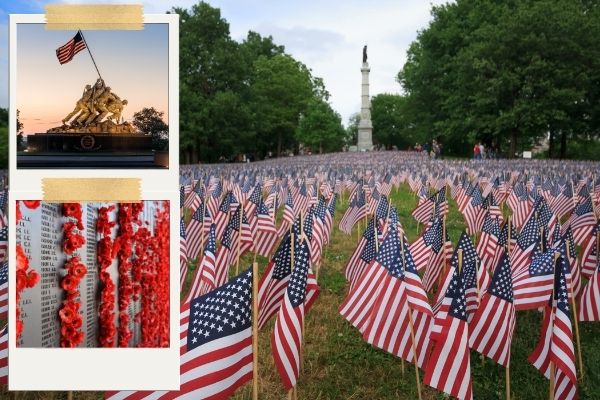 Memorial Day events across the country

In subsequent years, the annual commemoration became a custom. Starting in 1882, the US government allowed its employees a day off to give them a three-day weekend. For everyone else, Memorial Day was not yet a national holiday at first but was only recognized in individual US states.

In the Northern states of the USA, for example, Waterloo and New York City observed a commemoration day to remember the fallen soldiers. In 1873, New York became the first state to officially recognize the holiday. By 1890, all northern states had accepted Memorial Day as an official holiday.

The Southern states, however, still refused to recognize the holiday at that time and continued to honor the Confederacy's fallen soldiers on different days. That changed after World War I. From then on, all American war victims were honored on Memorial Day, and the holiday was no longer limited to the Civil War.

In 1968, the US Congress passed the Uniform Monday Holiday Act, which declared Memorial Day a nationwide holiday to be held on the last Monday in May. In 2000, President Bill Clinton signed the National Moment of Remembrance Act. Since then, a moment of silence is to be observed at 3 pm local time throughout America as a sign of respect.

Americans commemorate Memorial Day by visiting cemeteries and memorials. To honor the deceased, soldiers, in particular, decorate the graves of their fallen comrades with flowers, wreaths, and US flags. Since the 1950s, for example, about 1,200 US military personnel have been putting small flags on each of the approximately 250,000 graves at Arlington National Cemetery on the Thursday before Memorial Day. Then, over the weekend, they patrol 24 hours a day to make sure each flag remains standing.

Many Americans wear red poppies in memory of those who died in the war or place these flowers on crosses and headstones near graves. The tradition began with the World War I poem "In Flanders Field." The poppy, which bloomed on the battlefields in Belgium and France at that time, has become a symbol of remembrance.

Furthermore, cities and towns hold parades each year, often attended by military personnel and members of veterans' organizations. Some of the largest parades are held in Chicago, New York City, and Washington, D.C.

Memorial Day is also the unofficial start of summer in America. Many people organize barbecues and picnics in the park, go swimming at the public pool, visit family or friends, and take trips or short vacations over the long weekend. 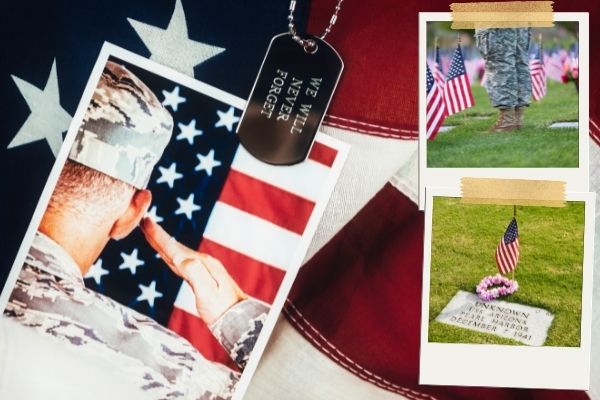 Did you know these interesting facts about America's Memorial Day?

Would you like to learn more about the American way of life and typical US holidays? Then check out our articles on Valentine's Day, Halloween, or Thanksgiving.