Halloween in the USA

Happy Halloween! Pumpkins, costumes, black cats: every year on October 31st, the most horrible night of the year unfolds again. Although the spooky holiday is becoming increasingly popular in Europe, the USA remain the true masters of Halloween. But why? Be prepared for the worst. This is what the most terrible of all feasts is all about:

History and origin of Halloween

Many believe that Halloween is a purely American tradition. Yet this is not true, the origins of the spooky season actually can be found in Europe: 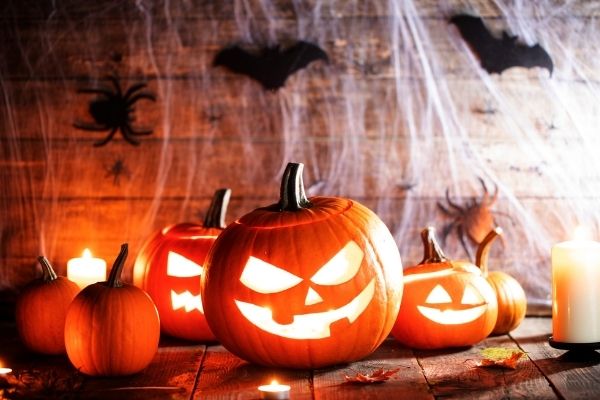 How old is Halloween? Well, as old as 2,000 years approximately. This means it is one of the oldest festivals of humankind. Evil spirits and supernatural beings were involved in the Celtic festival of Samhain (translation: Summer's End), which was celebrated at the end of the harvest season, respectively the beginning of the new year, on October 31st.For the Celts, it was a magical time during which the gate to the realm of spirits was open and ghosts, elves, demons, and other supernatural beings walked the earth.On Samhain, the Celtic druids held large bonfires to get in touch with them.

The name Halloween was established when the Catholic Church was on the rise in Europe. To gain more influence over the pagan Celts, the celebration of Samhain was given a “new look”. The Christian feast of All Saints' Day, also known as All Hallows' Day, was moved to November 1st. Samhain was renamed All Hallows' Eve, which was later shortened to Halloween. Both celebrations, which revolved essentially around spirits and the supernatural, thus merged into a unit.

Halloween, as we know and love it today, was invented by Irish immigrants who came to the USA in the early 20th century.Not only did they bring their traditions with them, they even added to them in their new country. However, about 100 years ago, Halloween was truly dangerous.An increasing number of Halloween pranks by teenagers caused injuries and economic damage. Halloween was, therefore, also called Mischief Night. In order to prevent the situation from getting out of control, American cities began to promote organized Halloween activities in the 1920s.

Parades, parties, costume contests, etc. are a must during today's Halloween celebrations.Places like Anoka in Minnesota, the self-proclaimed "Halloween capital of the world", paved the way for this.In Anoka, the first official Halloween celebrations of the USA took place in 1920. Scary costumes became more and more popular in America from the 1930s, and a huge market was built up around Halloween products. In the following decades, artists, advertising agencies, television, and cinema all developed an eerie yet fascinating image for the “most horrible night of the year”. 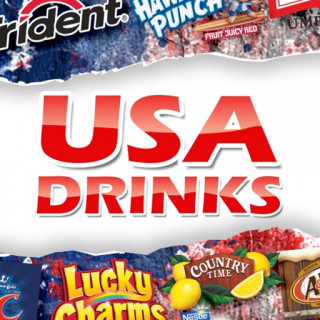 What's the spooky stuff all about?Let's now open the door to another world, the Halloween traditions in the USA:

During the Halloween season, pumpkins are literally everywhere - on decorations, costumes, in cakes, and even in beer.The pumpkin as a Halloween symbol has its origin in the Irish legend of Jack O Lantern. It tells the story of the blacksmith Jack Oldfield, who was so cunning that he even tricked the devil not to send him to hell.However, being too much of a sinner to get into heaven, he was condemned to wander between the worlds with his lantern. 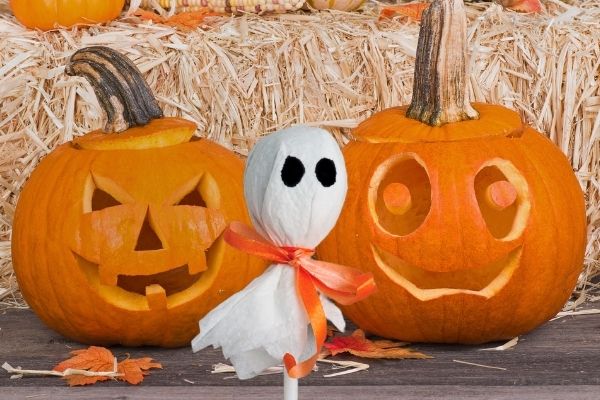 Originally, this lantern was a hollow turnip with a lump of glowing coal serving as a light source. When Halloween came to the USA, people replaced turnips with pumpkins because they were softer, easier to cut, and available in abundance in America.Moreover, since pumpkins are larger, way more elaborate and scary faces could be carved into them.

Americans do not stop at pumpkins, however. Windows, houses, trees: nothing is safe on Halloween in the USA! Everything gets decorated, and sometimes quite extremely - from spider webs and bats to skeletons, ghosts, and witches, even entire cemeteries can be found in front yards. By the way, the typical Halloween colors black and orange stand for death and the fall season.

Needless to say that Americans not only decorate their homes on Halloween but also passionately decorate themselves. The tradition can be traced back to the Samhain celebration, too. In those days, people disguised themselves in order to remain unnoticed by the spirits. The pranksters in the early 20th century also wore masks to be unrecognizable during their tricks.Nowadays, it’s all about getting attention: the more horrifying and sophisticated the costume, the better!Another very American way to boost your Halloween costume is to give it a good dose of sex appeal in addition to the obligatory creepy factor.

"Trick or treat" is the ultimatum of American kids haunting house after house in a sugar rush. This tradition presumably goes back to the Celtic superstition that food and beverages in front of the front door will appease supernatural beings.Until the 1950s, it was a common practice to distribute fruit, nuts, or even coins to children in the USA. 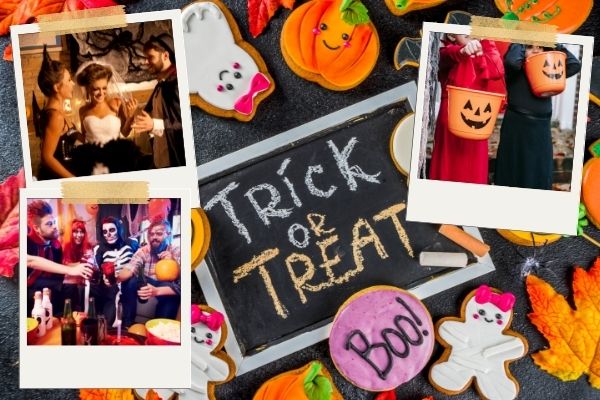 However, things changed when the candy industry recognized the potential of the spooky holiday and began offering packaged candy, especially for Halloween. And so it happened that sweet calorie bombs prevent small, costumed troublemakers from more serious mischief nowadays. Typical American Halloween sweets are Candy Corn or Candy Apples.

In the US, you may encounter front gardens covered with toilet paper during Halloween.Contemporary art? Maybe, but most of all it's a very American kind of Halloween prank. It involves wrapping objects - especially houses, trees, or cars - in toilet paper. The bizarre procedure often also includes the so-called egging, the throwing of eggs.

Bats embody Halloween like no other animal. The fact that these creatures of the night are connected to Halloween can also be traced back to its Celtic origins.When ritual bonfires burned on Samhain, they attracted insects, which in turn are a food source for bats.Thus, the idea was born that bats appear when the portals to the spiritual realm are open.

Black cats are another Halloween symbol. This superstition dates back to the witch hunt in the middle ages. With an increasing number of alleged witches, items such as brooms or cauldrons that could be found in every household were declared as tools of evil. Cats, being accustomed to staying near warm fireplaces, got under suspicion as servants of the witches.Black cats, creatures tinged with the color of death, were particularly frightening.

It's a rather new tradition, but actually, it's hard to imagine life without it. With the success of organized activities, Halloween has evolved from a celebration for children to a holiday for adults.Parties and parades such as the famous New York Halloween Parade now enable all generations of horror enthusiasts to transform themselves into the monster of their nightmares for a short time.

You are now up to date on the topic of Halloween in the USA. However, we have even more exciting posts for you about celebrations in the Land of Unlimited Opportunities. Learn more about other US holidays like Thanksgiving, Independence Day, or Memorial Day.