What is Yosemite National Park?

Yosemite National Park is one of the oldest and most visited national parks in the USA. It is located in western California in the central high Sierra Nevada, about 300 km from San Francisco. The park offers spectacular natural monuments such as the granite rocks El Capitan and Half Dome, the waterfalls Yosemite Falls, and the giant sequoias of Mariposa Grove. In addition, Yosemite National Park is a true paradise for active holidaymakers. Hiking, climbing, paddling, and much more – adventure is calling! 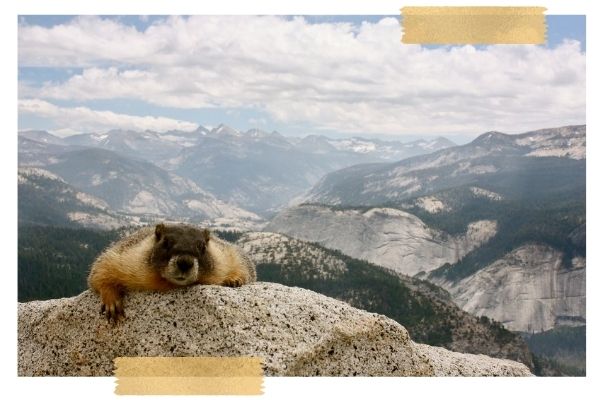 Yosemite National Park was created more than ten million years ago during the formation of the Sierra Nevada mountain ranges. The first inhabitants of Yosemite Valley were the tribe of the Ah-wah-ne-chee (roughly translated: "big mouth"), who set up a settlement near present-day Yosemite Village. The neighboring Miwok tribe called them Yohe'meti or Yosemi'te (roughly translated: "those who kill").

The California gold rush in the mid-19th century led many European settlers to the region, who quickly discovered the beauty of the landscape. Thus, the first tourists and photographers soon came to Yosemite Valley. From the 1880s, the park, with its breathtaking rock formations, also became a mecca for climbers.

To preserve the wilderness, President Abraham Lincoln signed the Yosemite Land Grant protecting Mariposa Grove and Yosemite Valley as early as 1864. Then, on October 1st, 1890, Yosemite National Park was established. This makes it the third-oldest national park in the USA after Yellowstone and Sequoia. Since 1984, the park has been on the list of UNESCO World Heritage.

The climate in Yosemite National Park

Yosemite National Park has a subtropical climate. Winters are mild and rainy, while the rest of the year is warm and relatively dry. Therefore, the best travel weather for long hikes and photo tours through Yosemite National Park lasts from June to September. Temperatures range from a pleasant 20°C to 24°C, and you can be relatively sure that you won't be surprised by sudden heavy rains.

There is much to discover in the breathtaking Yosemite National Park. But before you set out to explore the vastness of the landscape, you should take in the park's most beautiful highlights.

The impressive Yosemite Falls are among the highest waterfalls on earth. Over a total of 739 m, the thundering waters plunge into the depths of the Sierra Nevada mountains. What may seem like a single unit is actually three separate waterfalls: the Upper Yosemite Fall, the Middle Cascades, and the Lower Yosemite Fall. You can admire the natural spectacle at numerous places in the park, e.g., near Yosemite Village and from the Yosemite Valley Lodge. Tip: Hike along the 1.5 km round trail to the base of Lower Yosemite Fall.

The most striking shapes in Yosemite National Park are called Half Dome and El Capitan. The 2,307 m high El Capitan is the undisputed king of the granite monoliths in Yosemite Valley. It is not only a popular photo motif but also a challenge for experienced climbers who venture on the demanding route "The Nose." Just a few miles away, the equally impressive Half Dome rises above the valley with its striking rounded shape. Experienced hikers can reach the summit with a special permit.

At Glacier Point, 2,198 m above sea level, you can enjoy an unforgettable panoramic view of Yosemite Valley! From here, you can see the granite rock Half Dome, the Merced River Canyon, and Vernal and Nevada Falls. Tip: The best time to visit Glacier Point is at sunrise or sunset. Then you can enjoy a special color spectacle because Half Dome and the neighboring granite rocks are immersed in intense light.

Tunnel View is another iconic postcard motif that no visitor to Yosemite National Park should miss. The most beautiful panoramic photo of Yosemite Valley can be taken on the east side of the Wawona Tunnel: here you have El Capitan, Half Dome, and Bridalveil Fall in the picture at the same time. Afterwards, you can climb the Pohono Trail, where you can enjoy the view and landscape relatively undisturbed.

Tip: The Tunnel View is also most spectacular at sunset. El Capitan and Half Dome are then illuminated in bright red and orange colors, making it seem as if they are glowing like fire.

Experience the landscape with these tours

The western USA is known for its giant trees. Giant sequoias grow up to 100 m in height and reach an age of up to 4,000 years. The most famous sequoia in Yosemite National Park can be found in Mariposa Grove. The 2,700-year-old "Grizzly Giant" towers a spectacular 64 m high and has a circumference of 30 m – hugging the tree is futile!

Admire the giant trees with these tours

If your next trip should take you to Yosemite National Park, you have several transportation options:

If you travel by plane, you will probably arrive at San Francisco International Airport, where many connections to anywhere in the world operate.

If you start your trip in Europe, you can find direct flights from London, Frankfurt am Main, Munich, or Paris with KLM, Air France, or Lufthansa. You can get them from about € 450 to € 500.

You can also fly directly to San Francisco from Asia, for example, from Singapore, Tokyo, or Seoul. Expect ticket prices of around € 1,000. Flights between Sydney in Australia and San Francisco start at € 1,200.

Don’t forget
If you are not a US citizen or Green Card holder, then you will need a US visa or ESTA to enter the United States.

For maximum flexibility and independence, you can rent a car during your vacation. You will find a selection of different providers directly at the airport. The drive from San Francisco to Yosemite National Park leads you via Highway 120 or Highway 140 and takes about four hours.

Rent your car with Hertz

AMTRAK trains will take you from several major cities in California, such as San Francisco, Los Angeles, San Diego, and San Jose, to the city of Merced. There, you can transfer to buses operated by the Yosemite Area Regional Transportation System (YARTS), which will take you to Yosemite Valley.

Once you arrive in Yosemite Valley, you have several options to explore the park:

You can join bus tours in Yosemite National Park all year round. The starting point is always Yosemite Valley, where four different routes are available:

If the classic bus tours of the region are not enough for you, it is also possible to book special tours, e.g., photo tours, bird watching, jeep safaris, or snowshoe hikes. You can find offers for example at getyourguide.com or viator.com.

Yosemite National Park is one of the most beautiful and popular climbing paradises in the USA. You can face a wide variety of challenges on the massive steep walls of the granite rocks in the park.

Experienced mountain climbers can ascend the two rock icons of Yosemite National Park, El Capitan, and Half Dome. If you are interested in taking up climbing, you can attend the seminars and courses of the Yosemite Mountaineering School and Guide Service from mid-April through October.

Would you rather watch the daring climbers from a safe distance? Then head to El Capitan Meadow. Here, you can set up your camping chair and watch the pros conquer the almost vertical wall of El Capitan. By the way: Some climbers need several days for the ascent. So you will surely see one or the other hammock anchored in the rock.

Do you prefer the element of water? No problem, the Merced River is perfect for paddling. Following the course of the stream in a canoe or kayak, you'll get a great view of Half Dome, Yosemite Falls, and much more from the water. Most of the way, you can travel at a slow and relaxed pace. Intense currents will rarely challenge you.

The fauna of Yosemite National Park is also very diverse. You can encounter over 400 species of animals on the park grounds. These include American black bears, gray foxes, bobcats, and mule deer. There are also a variety of bird species, reptiles, amphibians, and bat populations.

If you're very lucky, you might get to see a particularly rare resident of the park: the Sierra Nevada red fox is one of the most endangered mammal species in North America.

You want your Instagram followers to enjoy the most beautiful views in Yosemite National Park, too? Then be sure to visit these five places: 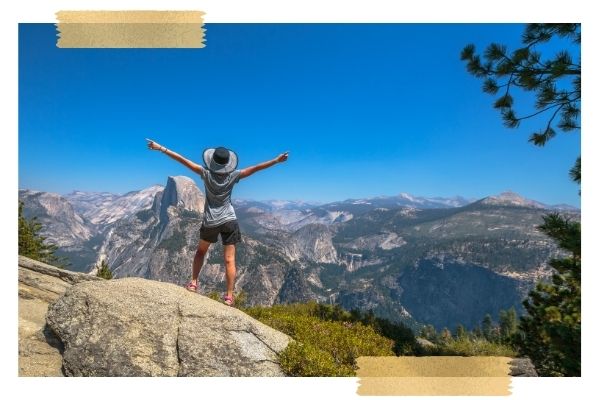 Do you want to uncover more secrets of Yosemite National Park? You probably didn't know these interesting facts yet:

More National Parks in the USA

Once you've explored the wilderness of Yosemite National Park, there's plenty more to discover! How about a boat ride through the endless waters of the Everglades? Or an icy adventure among the glaciers of Alaska? For a hot ride, drive through Death Valley.

Wherever you go, a visit to the magnificent US national parks is always an unforgettable experience!