The iconic city of Seattle in the US state of Washington is famous for being particularly green and trendy. At the same time, it is an important cultural and economic center. Learn all about the Emerald City Seattle!

The US city of Seattle is located in the state of Washington in the Northwest of the USA. Due to the nearby Olympic Mountains, the Atlantic coast, the beautiful Lake Washington, and the Cascades, the green, hilly Seattle is one of the most attractive cities in the USA and an ideal starting point for trips into nature.

The Pacific Northwest of the United States is considered one of the fastest-growing regions in the country, which is clearly noticeable in Seattle: about 26% of all Seattle residents are immigrants.

The most common country of birth for Seattle's international residents is Mexico, followed by India and China. In addition to Spanish and some Chinese languages, many African languages are also spoken in Seattle.

Seattle doesn't have the nickname "Rain City" for nothing. High rainfall is a common occurrence here, and you should be prepared for rain on your Seattle vacation.

Despite the many cloudy and humid days, Seattle's maritime climate is comparatively warm. Temperatures range from a minimum of 0°C in winter to 30°C in summer. The driest and thus most pleasant days to visit Seattle are in July and August.

How to get to Seattle

If you fly to Seattle from Europe, you will be on the road between 11 and 18 hours and pay between €500 and €700. Non-stop flights to Seattle depart, for example, from Frankfurt am Main with Condor or from London with British Airways.

Other airlines that will take you to Seattle are Lufthansa, American, Iberia, Finnair, Icelandair, Air France, Delta, Swiss, United, and KLM. The cheapest flight we found on our search departed from Cancún, Mexico (Frontier Airlines) and was priced at around €270.

If you are not a US citizen or Green Card holder, you will need a US visa or ESTA to enter the US.

Seattle offers a wide range of nice hotels, hostels, and apartments. However, you should know that Seattle is not one of the cheapest cities in the US. Even for a hostel, you might have to budget between $50 and $100 per night.

Right on beautiful Elliott Bay and within walking distance of Pike Place Market, the Seattle Marriott Waterfront welcomes you with stunning views of passing cruise ships. With spacious rooms, a lovely indoor and outdoor pool, and its own fitness facility, the Marriott is an ideal headquarters for your Seattle explorations.

At the 4-star Westin Seattle, you'll stay with panoramic views of the city and especially friendly hotel staff. In between strolls to nearby tourist hotspots, you can take a dip in the large sports pool, use the fitness center, or cozy up by the fireplace.

The highlight of the Sheraton Grand Seattle in downtown Seattle is the chic fitness area with a panoramic pool on the top floor. This magnificent view of the Emerald City from the 35th floor is truly unique! The central location also allows you to walk to all the important places in the city.

With a little luck, you can get a good hostel deal in Seattle around $50 and still stay downtown. A popular hostel is the Green Tortoise Hostel on Pike Street.

Seattle is packed with art, culture, and great food - not to mention unique landmarks like the Space Needle and glass palaces on every corner of the city. Rent a bike, hop on a tour bus, or take an extended stroll through downtown.

Hopefully, you are not afraid of heights because the view from the 184 m high Space Needle is awesome! The UFO-like observation deck with a revolving restaurant and tourist stores in the glass pavilion is the most famous icon of Seattle.

Tip: Come on a clear day just before closing time (8 or 9 p.m.) in order to avoid a long wait and to enjoy the sensational city lights view.

The first surprise when visiting the Museum of Pop Culture (MoPop for short) is the building's crazy architecture. Once you've had your fill of the colorful waves of the dazzling facade, the icons of pop culture and music await you inside: Jimmy Hendrix, Prince, Nirvana, Disney, Marvel, computer games! Even if you are a fantasy and horror fan, you will meet old friends here. MoPop is a great place to spend a few hours.

At the Seattle Art Museum (SAM for short), you'll lose yourself just beyond the entrance among abstruse installations, mirror worlds, surreal sculptures, and even classic photographs and murals. For the ever-changing exhibitions with artworks from all corners of the world, you should bring a little time with you. Cultural surprises are guaranteed!

There are colors everywhere! The fantastic glass sculptures at Chihuly Garden are like a journey to an unknown planet. You don't have to be a glass fanatic to get your money's worth here. Wandering the garden is very relaxing, if only because of the many flowers and trees.

Tip: Especially in the evening hours, the glasshouse and the outdoor facilities are a feast for the eyes - the lighting has an almost hypnotic effect.

The legendary Pike Place Market not only sells fresh food but is also home to about 500 people. The so-called Market Community consists of small business owners, many senior apartments, a senior center, and a health center with social services. Let yourself be enchanted by local handicrafts, delicious food, and lovely people as you stroll among the market stalls.

Seattle is packed with great museums and has musical highlights throughout the year. Some of the best places and events related to art, culture, and music in Seattle include:

When you say "Seattle," you also mean "grunge." Big names such as Nirvana, Pearl Jam, Alice in Chains, Soundgarden, and others originated here in the 1990s and have helped the city achieve worldwide musical fame.

For real music fans, it is important to know that Seattle's music history began much earlier: Jimi Hendrix, Bing Crosby, Quincy Jones, and Ray Charles already drifted around in and around Seattle and partly started their careers here.

Other musical greats from rock, pop, heavy metal, blues, jazz, country, and hip hop also benefited from the unique atmosphere of this musical city. It's likely that the people of Seattle just have good taste in music. 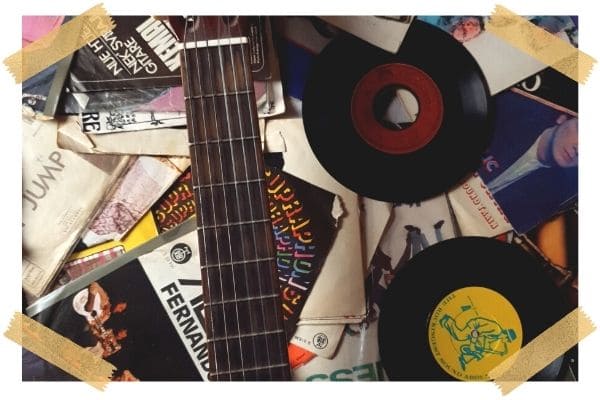 Nature and parks in Seattle

Seattle has earned the nickname "The Emerald City" because it is green and sprouting at every corner. Within the city limits, many great parks await you. The most beautiful parks in Seattle include:

Seattle's proximity to some of the most beautiful and wild national parks in the USA makes it an ideal base for trips into the green. The following national parks are about two hours away by car:

Food and drinks in Seattle

If you want to eat with style and really well in Seattle, be sure to visit Pike Place Market on Western Ave near Pier 62 and the Seattle Aquarium. Typical delicacies in Seattle are:

Seattle is the birthplace of Starbucks, but when it comes to coffee, Emerald City has a lot more to offer. Visit the following coffee roasters (you might even save on hotel costs because you can't sleep from all the coffee):

Of course, the camera can't be missing during your visit to Seattle! The best Instagram hotspots in the Emerald City are:

The history of Seattle

The area around the present-day city of Seattle was discovered in 1851 by immigrant settlers, beginning in Elliot Bay. Originally, the settlers decided on the city name "New York," but this did not last long.

The name "Seattle" is derived from the name of Chief Sealth, who belongs to the Duwamish, a tribe of Native Americans. Both the Duwamish and the Suquamish lived in the area long before settlers.

The construction of the first railroad in the 1870s laid the foundation for a surge in population in the peaceful Seattle community. Lumber and coal were the major industries, and fishing, commerce, and shipbuilding also prospered.

As many as 1,000 new residents came to Seattle every month, and the population became more colorful. Most people came to work in the thriving city. It wasn't until a major fire in 1889 that Seattle's population growth somewhat slowed down.

After the devastating blaze, the typical ingenuity of the Americans became apparent, as the city was unceremoniously given a second story: the new Seattle was built on top of the ruins and buildings of the old Seattle. Even today, you can take an underground walk to see the old storefronts and sidewalks.

In the early 1900s, many Scandinavians came to the city to work as fishermen and loggers. They were joined by many Japanese, Italians, Chinese, and Filipinos, and entire districts were created for international immigrants.

World War I and the Great Depression hit Seattle hard, but World War II started a unique economic boom for the city, for which the Boeing Company and its aircraft manufacturing were especially responsible.

Boeing's headquarters were moved to Chicago in 2001, but other major Seattle companies such as Microsoft, Starbucks, Amazon, and Google continued to have a strong impact on the city's economy. Population numbers again grew dramatically.

Today, Seattle prides itself on its arts and cultural institutions, its many live theaters, and its important role in US sports. At the same time, growth has led to a shortage of affordable housing.

You probably haven't heard these exciting facts about Seattle:

Are you as excited about Seattle as we are? Then it's only understandable that you'd like to stay here right away. Our tips for living and working in Seattle might help.

Compared to other places in the USA, Seattle has an unusually high number of people working in social science occupations, as well as in the arts, design, sports, and entertainment. Since the Port of Seattle is also a major economic hub, international trade including all employees, including ship crews, must also be mentioned.

Microsoft, Amazon, and Nintendo of America are headquartered in Seattle and are among the largest employers.

Seattle is green, pretty, diverse, and full of life! The perfect mix of water, forests, mountains, and the vibrant downtown makes the Emerald City the perfect place to live ... if it weren't for the rent!

The cost of living in Seattle is about 70% higher than the US average. However, aside from the high cost, Seattle is a safe and beautiful place with great job opportunities.

If you live in Seattle, you should get a bike. Unlike many other cities in the USA, Seattle is a great place to bike, and it's easy to get to work or from one cultural event to the next. Just don't forget your rain cape!

Coming to Seattle with a Green Card

With a Green Card, you can live and work in the US without limits. And the good news is, getting a US immigrant visa is pretty easy through the Green Card Lottery.

Each year, 55,000 Green Cards are raffled off to US immigrants from around the world. Be sure to enter the annual US government lottery, even if you're trying to get your Green Card through a US employer at the same time!